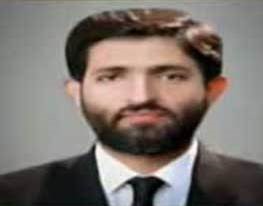 Mr Khurram Shahzad Virk son of Mr Muhammad Ilyas Virk was born on April 1, 1983 at Sheikhupura. He obtained the degree of LL.B. in 2005 from Punjab University, Lahore; and M.A (Philosophy) in 2007 from G. C. University, Lahore. A lawyer, who has been elected as Member, Provincial Assembly of the Punjab in bye-elections held on July 17, 2022 against the seat vacated by Mian Khalid Mehmood, who was de-notified on 23 May, 2022 by the Election Commission of Pakistan in terms of Article 63A(1)(b)(i) of the Constitution of Islamic Republic of Pakistan, 1973. Mr Khurram Shahzad Virk made an oath as a Member Punjab Assembly on 21 July 2022. He has been serving as Minister for Law since 15 August, 2022. He has also the honour to serve as Minister for Parliamentary Affairs. He has been serving as President, District Bar Association, Sheikhupura, since 2022.