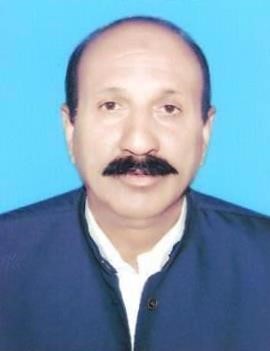 Raja Sagheer Ahmed son of Mr Ghulam Fareed was born on January 1, 1956. A businessman, who served as a General Councillor Matore during 2001-10 for two consecutive terms. He remained Member, Provincial Assembly of the Punjab during 2018-2022 and functioned as Parliamentary Secretary for Prisons. He has been re-elected as Member, Provincial Assembly of the Punjab in bye-elections held on July 17, 2022 against the seat vacated by him on being de-notified on 23 May, 2022 by the Election Commission of Pakistan in terms of Article 63A(1)(b)(i) of the Constitution of Islamic Republic of Pakistan, 1973. He made an oath as a Member Punjab Assembly on 22 July 2022. His father, remained Member District Council Rawalpindi in 1962 and then in 1984. His brother, Haji Muneer Ahmad also served as Member, District Council in 1993.