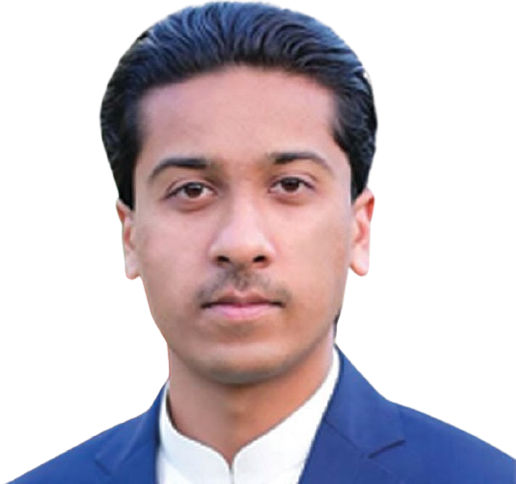 Mr Ahsan Saleem son of Muhammad Saleem Baryar was born on December 26, 1993 at Sialkot. He obtained the degrees of LL.B. in 2016 from University of London; and MS in Business Analytics in 2020 from Hofstra University New York, USA. A businessman and an advocate, who has been elected as Member, Provincial Assembly of the Punjab in bye-election held on July 28, 2021 against the seat fell vacant due to the death of Chaudhry Khush Akhtar Subhani. He is serving as Special Assistant to Chief Minister on Punjab Board of Investment & Trade. His uncle, Ch Ansir Iqbal Baryar remained Member, Provincial Assembly of the Punjab during 2002-07; and functioned as Chairman, Standing Committee on Literacy & Non-formal Basic Education.