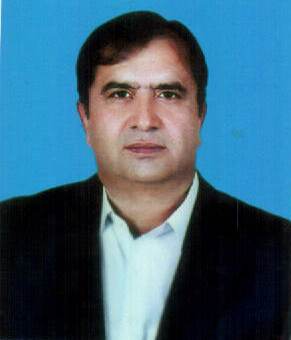 Mr Qasim Abbas Khan son of Mr Safdar Ali Khan was born on November 6, 1954 at Multan. He graduated in 1975 from Multan. A landlord, who has been elected as Member, Provincial Assembly of the Punjab in bye-elections held on October 14, 2018 against the seat vacated by Malik Ghulam Abbas, who died before swearing in as Member of the Punjab Assembly. He has extensively travelled abroad. His brother, Mr Mehdi Abbas Khan remained Member, Punjab Assembly for two consecutive terms during 2008-18; and his another brother, Mr Khurshid Abbas Khan served as Nazim, District Council Multan, Jahanpur.