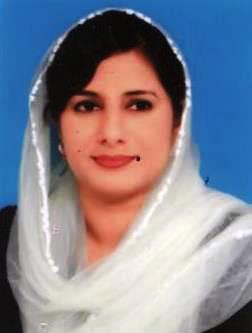 Ms Shazia Abid wife of Malik Abid Hussain was born on April 4, 1975 at Tehsil Jampur. She obtained the degree of M.A and that of LL.B from Bahauddin Zakariya University, Multan. A lawyer, who remained Member District Assembly Rajanpur during 2005-10; and President Tehsil Bar Jampur during 2015. She served as Member Punjab Assembly from November 2012 to March 2013. She has returned to the Assembly for the second term in General Elections 2018 against one of the seats reserved for women.