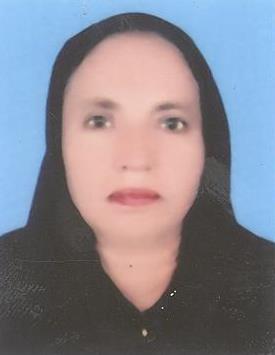 Mrs Haseena Begum wife of Mr Ajmari Khan was born in 1961 at Bahawalpur. She served as Councillor, Union Council No.4 Bahawalpur during 2001 and as Labour Councillor during 2005. A house wife, who remained Member, Provincial Assembly of the Punjab during 2013-18 and has returned to the Punjab Assembly for the second consecutive term in General Elections 2018 against one of the seats reserved for women. She was Member, Bait-ul-Maal and Auqaf Committees Bahawalpur.