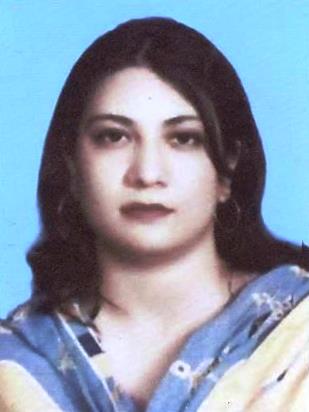 Ms Zainab Umair wife of Barrister Umair Khan Niazi was born on October 1, 1974 in Rawalpindi. She obtained the degree of LL.B. in 1999 from Punjab Law College, Lahore and attended International Visitors Leadership Programme (IVLP) in 2010 from US Department, USA. An Advocate, who has been elected as Member, Provincial Assembly of the Punjab in General Elections 2018 against one of the seats reserved for women and is functioning as Chairperson, Standing Committee on Law. She served as a Professor at Punjab Law College during 2001-05 and at Pakistan Law College during 2006-13. She is a life time Member of Lahore High Court Bar Association and Lahore Bar Association. She has multiple articles to her credit including articles titled “Patent Laws” published in 2005 and “Begging is a Curse” published in 2006 in law journals. She has represented Pakistan and attended various conferences in UAE, India, China and Turkey.