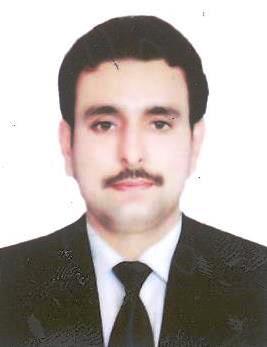 Syed Rafaqat Ali Gillani son of Syed Saadat Ali Gillani was born on November 3, 1985 at Layyah. He obtained the degree of MA (Physical Education) in 2015 from Government College University, Faisalabad; and graduated in Law in 2016 from Bahauddin Zakariya University, Multan (Sub-Campus). A landlord and an agriculturist, who served as Sub-Inspector in Punjab Rangers during 2007-13; and remained Chairman, Union Council, District Council Layyah during 2015-18. He has been elected as Member, Provincial Assembly of the Punjab in General Elections 2018 and is functioning as Special Assistant to Chief Minister on Auqaf & Religious Affairs. His father served as Chairman, Union Council Thal Jandi, District Council Layyah for three terms during 1987-93 and 1997-99; and as Nazim, Union Council Thal Jandi, District Council Layyah during 2001-05.