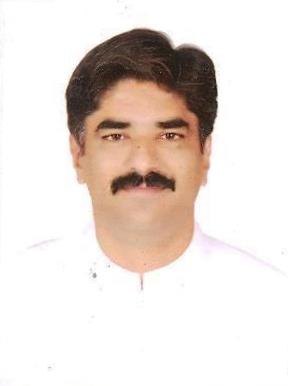 Mr Abdul Haye Dasti son of Mr Iqbal Hameed Dasti was born on March 2, 1973. He obtained the degree of LL.B. from Bahauddin Zakariya University, Multan.  He served as Member, Zila Council Muzaffargarh during 1998-2000 and City Nazim, Muzaffargarh during 2000-05. A lawyer and an agriculturist, who has been elected as Member Provincial Assembly of the Punjab in General Elections 2018 and is functioning as Advisor to Chief Minister on Agriculture. His grandfather, Mr Abdul Hameed Dasti remained Member West Punjab Legislative Assembly; functioned as Minister for Industries, Labour, Civil Supplies, Rehabilitation, Forests, Veterinary and Agriculture and also served as Parliamentary Secretary for Refugees and Rehabilitation during 1947-49. He functioned as Chief Minister Punjab during 1955 with portfolios of General Administration, Law & Order, Finance, Judicial and Village Aid. He also served as Minister for Education in Daultana Ministry during 1951-53 and Minister for Agriculture, Forests, Animal Husbandary, Co-operation and Excise & Taxation in Noon Ministry during 1953-55. He remained Member Provincial Assembly of West Pakistan and again functioned as Minister for Education during 1956-58. His uncle, Mr Amjad Hameed Khan Dasti remained Member Provincial Assembly of the Punjab for seven terms during 1972-77, 1985-88, 1988-90 (functioned as Minister for Finance), 1990-93, 1993-96, 1997-99 and 2002-07.