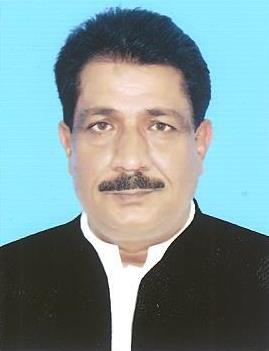 Mr Muhammad Afzal Gill son of Mr Muhammad Aslam Gill was born on February 1, 1964 at Bahawalpur. He graduated in 1986 from Government College, Lahore and obtained the degree of LL.B. in 1989 from The Islamia University of Bahawalpur. He remained Member, District Council Bahawalpur during 1991-92; Member Provincial Assembly of the Punjab during 1997-99 (functioned as Chairman, House Committee); 2013-18 (functioned as Chairman, Standing Committee on Agriculture). An agriculturist, who has been elected as Member, Provincial Assembly of the Punjab for the third term in General Elections 2018. His grandfather, Ch. Jamal Din remained Member Legislative Assembly during 1950; and his brother, Mr Muhammad Safdar Gill was Member of Punjab Assembly during 2008-13. His father-in-law, Haji Ghulam Rabbani served as Member Punjab Assembly during 1988-90, 1990-93 and 1997-99.