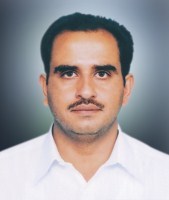 Mr Mohammad Kazim Ali Pirzada son of Mian Zaffar Hussain Pirzada was born on December 25, 1973 at Bahawalpur. He completed Intermediate in 1993 from Aitchison College, Lahore and graduated in Commerce in 1996 from Punjab College of Commerce, Lahore. An agriculturist, who served as Tehsil Nazim, Khairpur, Tamiwali during 2001-05; and as Member, Provincial Assembly of the Punjab during 2008-13 (functioned as Parliamentary Secretary for Mines & Minerals) and 2013-18. He has returned to Punjab Assembly for the third consecutive term in General Elections 2018. He has extensively travelled abroad and visited UK in 2010 to attend Commonwealth Parliamentary Association Conference. He hails from a well-known political family. His paternal grandfather, Mian Bahadur Sultan Pirzada served as Member, Provincial Assembly of West Pakistan during 1956-58 and was founding Chairman, District Council, District Bahawalpur; his maternal uncle, Mr Riaz Hussain Pirzada remained Member Punjab Assembly during 1985-88; as Caretaker Provincial Minister during 1988; as Member National Assembly during 1993-96, 2002-07, 2008-13 and 2013-18; functioned as Federal Minister for Jails during 2002-07; as Federal Minister during 2008-13; as Federal Minister for Inter-Provincial Coordination during 2013-18 and is a sitting MNA. His uncle, Mian Sajjad Hussain Pirzada was Chairman of District Council Bahawalpur during 1987-91.