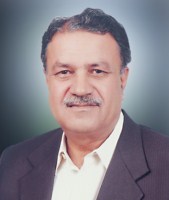 Rana Abdul Rauf son of Rana Khurshid Muhammad was born on March 11, 1953. An agriculturist, who served as Nazim, Union Council No.3, Jinnah Colony, Bahawalnagar for two consecutive terms during 2001-07. He served as Member, Provincial Assembly of the Punjab for two terms during 2008-18 and functioned as Chairman, Standing Committee on Zakat & Ushr during 2008-13; and as Chairman, Standing Committee on Housing, Urban Development & Public Health Engineering during 2013-18. He has returned to the Punjab Assembly for the third consecutive term in General Elections 2018.