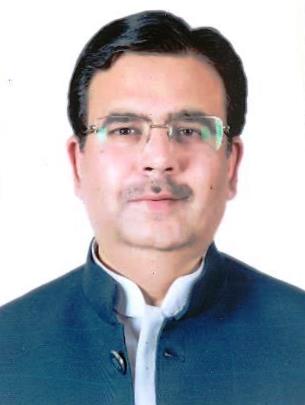 Mr Mohammad Jehanzeb Khan Khichi son of Mr Muhammad Nawaz Khan alias Dilawar Khan Khichi was born on January 7, 1973 at Vehari. He is an Intermediate from Aitchison College, Lahore. An agriculturist, who remained Member, Provincial Assembly of the Punjab for only 23 days in the Assembly of 2008-13 and was re-elected for the second time in General Elections 2013 and functioned as Chairman, Standing Committee on Literacy & Non-Formal Basic Education during 2013-18. He has returned to the Punjab Assembly in General Eections 2018 and is functioning as Minister for Transport. He has travelled to Saudi Arabia, Europe and Dubai. His father, remained Member of National Assembly for five terms during 1965-69, 1977, 1985-88, 1990-93 and 1997-99; his grandfather, Mr Muhammad Yar Khan Khichi served as Member, Punjab Legislative Assembly during 1951-55; as Member Provincial Assembly of West Pakistan during 1956-58; his great-grandfather, Mr Khan Dur Muhammad Khan Khichi was Vice Chairman, District Multan during 1938-44; and his brother, Mr Aurangzeb Khichi is a sitting MNA.