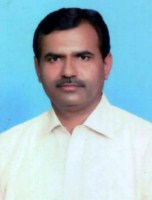 Ch Muhammad Yousaf Kaselia son of Haji Ghulam Ali was born on April 4, 1974 at Gaggoo and holds the degree of M.A (Political Science) from Bahauddin Zakariya University, Multan which he obtained in 2010. He was Nazim, Union Council No.81 (Vehari) during 2001-05; and District Naib Nazim Vehari during 2005-09. An agriculturist, who remained Member, Provincial Assembly of the Punjab during 2013-18 and served as Chairman, Standing Committee on Excise & Taxation during 2014-16. He has been elected as Member, Provincial Assembly of the Punjab for the second consecutive term in General Elections 2018. He has visited UAE, China, Thailand, Malaysia and Saudi Arabia. His brother, Mr Muhammad Younas Kaselia served as Chairman, Union Council No.82 during 1997-99 and Nazim, Union Council No.82 during 2001-05.