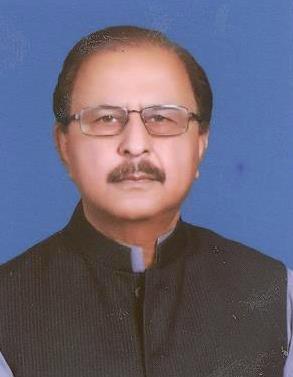 Mian Tariq Abdullah son of Mian Muhammad Abdullah was born on March 15, 1957 at Multan. He graduated in 2007 from University of Balochistan, Quetta. He served as Member, District Council Multan during 1991-92 and as Administrator, Market Committee during 2005-07. An agriculturist, who remained Member, Provincial Assembly of the Punjab during 1997-99 and has returned to the Punjab Assembly for the second term in General Elections 2018 and is functioning as Parliamentary Secretary for Transport. He has travelled to USA, India, Singapore, Malaysia, Thailand and UK.