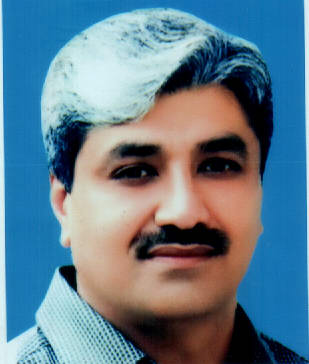 Khawaja Salman Rafiq son of Khawaja Muhammad Rafiq was born on February 16, 1965 in Lahore. He obtained the degree of BE (Mechanical Engineering) in 1990 from University of Engineering & Technology, Lahore. He was Member, Provincial Assembly of the Punjab during 2008-13 and functioned as Special Assistant to Chief Minister on Health. He was again elected in 2013 and served as Advisor to CM on Health during 2013-16; and as Minister for Specialized Health Care & Medical Education during 2016-18. A businessman, who has been re-elected as Member, Provincial Assembly of the Punjab for the third consecutive term in General Elections 2018. He has travelled to Italy, Spain, Turkey, UAE, Saudi Arabia, Iran, South Africa, Sri Lanka, Thailand and China. His brother, Khawaja Saad Rafique was Member of Punjab Assembly during 1997-99 and 2018. He also served as Member of National Assembly during 2002-07, 2008-13, 2013-18 (functioned as Minister for Railways) and is a sitting MNA after being elected in bye-elections. His mother, Begum Farhat Rafiq was also an elected Member of Punjab Assembly during 1985-88; and his sister-in-law, Mrs Ghazala Saad Rafique served as Member Provincial Assembly of the Punjab during 2008-13.