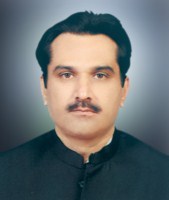 Malik Ghulam Habib Awan son of Mr Malik Shah Muhammad was born on August 17, 1965 in Lahore. He graduated in 1986 from University of the Punjab, Lahore. An agriculturist, who remained Member Provincial Assembly of the Punjab during 2008-13, 2013-18 and has returned to Punjab Assembly for the third consecutive term in General Elections 2018.