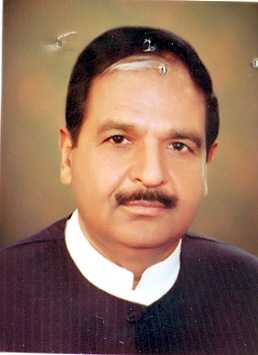 Mian Khalid Mehmood son of Haji Muhammad Sharif was born on October 1, 1960 at Sheikhupura. He graduated in 2002 from University of the Punjab, Lahore. A businessman, who served as Councillor M.C, Sheikhupura during 1987 and 1991; as Vice Chairman M.C, Sheikhupura during 1998-99; and as Nazim, Union Council No.60 during 2001-2002. He served as Member, Provincial Assembly of the Punjab during 2002-07 and functioned as Chairman, Standing Committee on Livestock & Dairy Development. He has been re-elected as Member Punjab Assembly for the second term in General Elections 2018 and is functioning as Minister for Disaster Management.