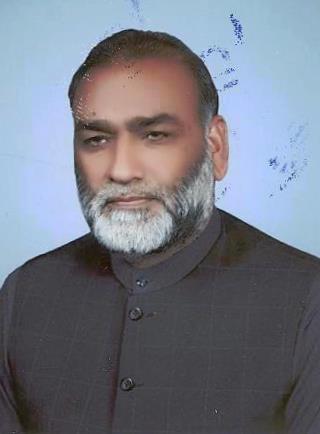 Ch Faqir Hussain Dogar son of Mr Fazal Din was born on March 1, 1959 at Faisalabad. He graduated in 1982 from Government Islamia College, Faisalabad. An agriculturist, who served as Councillor, Municipal Corporation Faisalabad during 1991-93 and 1998-99; as Nazim City District Government, Faisalabad during 2005-08; and as Chairman, Bait-ul-Maal Committee, District Faisalabad. He remained Member, Provincial Assembly of the Punjab during 2013-18 and functioned as Parliamentary Secretary for Prisons during 2017-18. He has returned to the Punjab Assembly for the second consecutive term in General Elections 2018. He has travelled to Iran and Saudi Arabia.