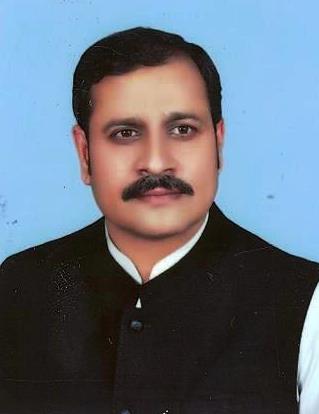 Mr Shakeel Shahid son of Mr Muhammad Riaz Shahid was born on October 24, 1969 in Lahore. He passed F.Sc in 1989 from Government College University, Faisalabad. A businessman, who served as Nazim Union Council during 2001-05 and has been elected as Member, Provincial Assembly of the Punjab in General Elections 2018 and is functioning as Parliamentary Secretary for Labour. His father remained Mayor, Municipal Corporation Faisalabad during 1979-82; Member Provincial Council of the Punjab during 1980-83; and Member, Punjab Assembly during 2002-07.