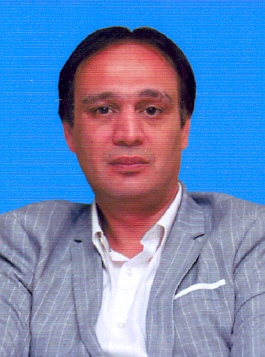 Mr Khayal Ahmad Kastro son of Mr Muhammad Iqbal was born on November 18, 1971 at Faisalabad and is a graduate. A businessman, who has been elected as Member, Provincial Assembly of the Punjab in General Elections 2018 and is functioning as Minister for Colonies with additional charge of Culture Department. He has travelled to UK and USA. His brother-in-law, Dr Muhammad Shafique Chaudhry served as Member, National Assembly during 1985-88; as Member, Provincial Assembly of the Punjab during 1990-93, 1993-96, 2002-07 and functioned as Minister for Excise & Taxation and Literacy & Non-formal Basic Education during 2003-07.