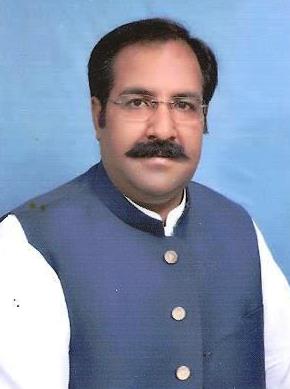 Mr Adil Parvaiz son of Mr Parvaiz Sultan was born on March 20, 1986 at Faisalabad and is a Matriculate. An agriculturist, who served as Chairman, Union Council during 2015-18 and also functioned as Leader of Opposition in District Council, Faisalabad. He has been elected as Member, Provincial Assembly of the Punjab in General Elections 2018 and has served as Parliamentary Secretary for Environment Protection. His father was Member of Punjab Assembly during 1990-91; and his uncle, Mr Ghulam Rasool served as Member Provincial Assembly of the Punjab during 1991-93, 1993-96 and 1997-99.