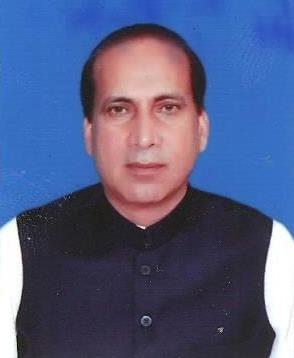 Mr Muhammad Tariq Tarar son of Mr Ghulam Ali Tarar was born on May 13, 1958 at Mandi Bahauddin. He graduated in 2007 from Bahauddin Zakariya University, Multan. He served as Chairman, Union Council and Markaz Council during 1983-87 and 1985-87 respectively; as Member, Zila Council during 1987-91. An agriculturist, who remained Member, Provincial Assembly of the Punjab during 1993-96 and functioned as Parliamentary Secretary for Food; as Member National Assembly during 2008-13 and functioned as Parliamentary Secretary for Environment. He has been re-elected for the second term as Member, Provincial Assembly of the Punjab in General Elections 2018. He has travelled to Norwey and England. His brother, Mr Muhammad Yaqoob Tarar remained Nazim, Union Council during 2000-08 for two consecutive terms.