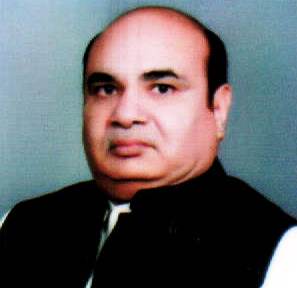 Mr Akhtar Ali Khan son of Ch Abdul Wakeel Khan was born on April 1, 1957. He graduated in 1979 from Government College, Gujranwala and is a retired Government servant from Customs Department. An agriculturist, who remained Member, Provincial Assembly of the Punjab during 2015-18 and has returned to Punjab Assembly for the second consecutive term in General Elections 2018. His brother, Ch Shamshad Ahmad Khan, served as Member, Punjab Assembly during 1992-93, 1997-99, 2002-07, 2013-15 and as Tehsil Nazim Kamoke during 2001-02 and also functioned as Minister for Transport during 2002-05 and Minister for Excise & Taxation during 2005-07. His father was also a Member of Punjab Assembly during 1988-90 and 1990-92.