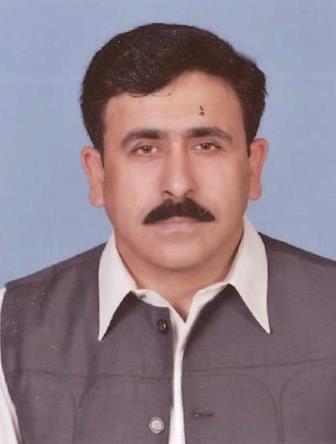 Khawaja Muhammad Waseem son of Khawaja Aman Ullah was born on April 17, 1969 at Narowal. His academic qualification is Intermediate. He started his political career from grass root level and was elected as Councillor of the Municipal Committee Narowal. Later on he was elected as Chairman of the Municipal Committee Narowal. He remained  Tehsil Nazim Narowal for two consecutive terms. A businessman, who was Member Punjab Assembly during 2013-18 and functioned as Parliamentary Secretary for Cooperatives during 2017-18 and has been elected for the second consecutive term in General Elections 2018. He has visited many foreign countries including Kingdom of Saudi Arabia, Hong Kong, Germany and Dubai. His wife, Mrs Samina Waseem remained Member, Provincial Assembly of the Punjab during 2008-13 and served as Chairperson, Standing Committee on Special Education.