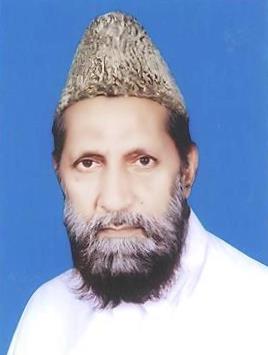 Mr Abu Hafas Muhammad Ghayas-ud-Din son of Molvi Rehmat Ullah was born on January 1, 1948 at Narowal. He graduated in 2006 from University of the Punjab, Lahore and obtained Shahadatul Almia (equivalent to M.A Islamiyat) in 1987 from Tanzeem-ul-Madaras, Ahle Sunnat Pakistan, Lahore. A teacher and a religious scholar, who remained Member, Provincial Assembly of the Punjab during 1985-88, 1997-99, 2013-18 and has returned to Punjab Assembly for the fourth term in General Elections 2018. He has visited Saudi Arabia, Uganda and South Africa.