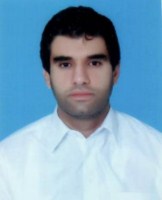 Malik Taimoor Masood son of Malik Masood Akbar was born on September 21, 1977 at Wah Cantt, Rawalpindi. After obtaining his early education from Lawrence College, Ghora Gali Murree, he graduated from University of the Punjab, Lahore and obtained the degree of MBA from COMSATS Institute of Information Technology, Wah Campus. A businessman, who remained Member, Provincial Assembly of the Punjab during 2013-18 and has returned to the Punjab Assembly for the second consecutive term in General Elections 2018 and is functioning as Parliamentary Secretary for Housing, Urban Development & Public Health Engineering. He has travelled to several European countries including Italy, Netherlands, Switzerland, Spain and France.