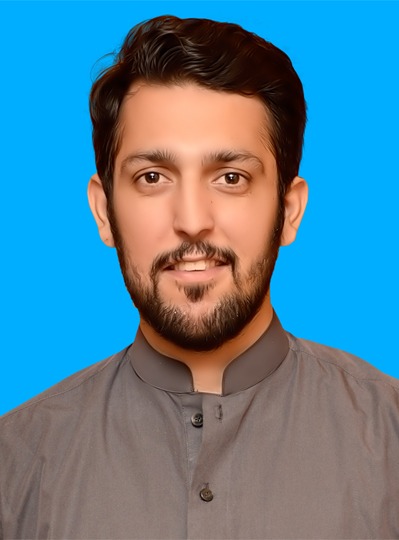 Mr Ammar Siddique Khan son of Mr Muhammad Siddique Khan was born on July 7, 1990 in Rawalpindi. He obtained the degree of B.Sc(Hons) from Brunel University London, UK. An agriculturist and a businessman, who has been elected as Member, Provincial Assembly of the Punjab in General Elections 2018. He has travelled to UK, Austria, Turkey, Saudi Arabia, Dubai and Oman. His father served as Tehsil Nazim, Taxila for two consecutive terms during 2002-10; as Member, Punjab Assembly during 2013-18 and functioned as Chairman, Standing Committee on Environment Protection. His uncle, Mr Muhammad Shafique Khan served as Member, Punjab Assembly during 2008-13; and another uncle, Mr Ghulam Sarwar Khan served as Member of Punjab Assembly for four consecutive terms during 1985-96 and functioned as Minister for Zakat & Ushr, Mineral Development & Fisheries during 1993-96; as Member National Assembly during 2002-07, 2013-18 and functioned as Federal Minister for Labour, Manpower & Overseas Pakistanis during 2004-07. He is a sitting MNA and functioning as Federal Minister for Aviation Division.