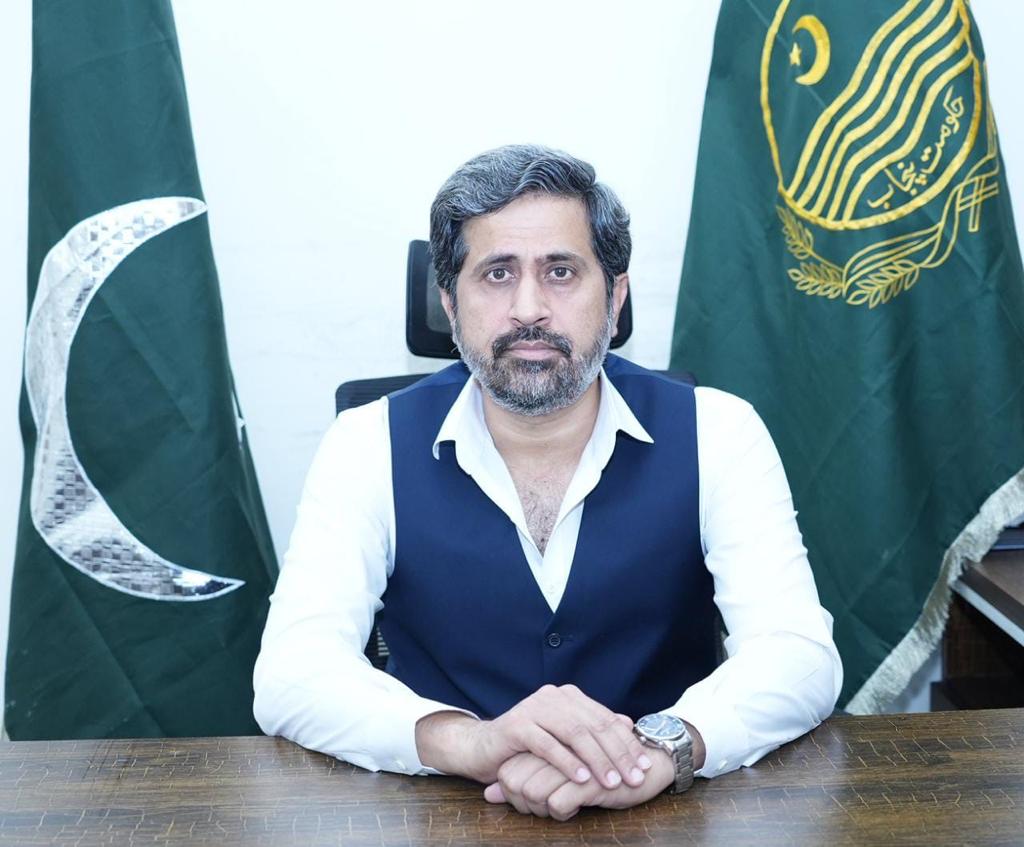 Mr Fayaz ul Hasan Chohan son of Ch. Abdul Aziz Khaksar was born on May 21, 1970 in Lahore. He obtained the degree of M.A. (Economics) in 1994 from University of the Punjab, Lahore and passed Postgraduate Diploma in Computer Sciences in 1995 from Quaid-i-Azam University, Islamabad. A businessman, who remained Member Punjab Assembly during 2002-07 and functioned as Chairman, Standing Committee on Social Welfare, Women Development & Bait-ul-Maal. He has returned to Punjab Assembly for second term in General Elections 2018 and is functioning as Minister for Prisons. He also functioned as Minister for Information & Culture and Colonies during the tenure of present Government.