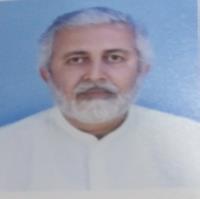 Sardar Muhammad Saif-ud-Din Khan Khosa son of Sardar Zulfiqar Ali Khan Khosa was born on November 1, 1962 in Lahore. He obtained the degree of LL.B. from Punjab University Law College, Lahore. He remained Chairman, District Council during 1991-93, 1998-99 and Member National Assembly during 2008-13. He is an agriculturist by profession and has been elected as Member, Provincial Assembly of the Punjab in bye-elections held on July 17, 2022 against the seat vacated by Mr Mohsin Atta Khan Khosa, who was de-notified on 23 May, 2022 by the Election Commission of Pakistan in terms of Article 63A(1)(b)(i) of the Constitution of Islamic Republic of Pakistan, 1973. He made an oath as a Member Punjab Assembly on 21 July 2022. His father, Sirdar Zulfiqar Ali Khan Khosa served as Member, Provincial Assembly of West Pakistan during 1962-65; as Member Provincial Assembly of the Punjab for seven terms during 1977-1997, 2008-12 and functioned as Minister for Education, Finance, Irrigation & Power, Communication & Works, Planning & Development, Senior Advisor to Chief Minister; as Governor of the Punjab during 1999; and as Senator during 2012-18. His brother, Sirdar Dost Muhammad Khan Khosa served as the Chief Minister, Punjab during 2008; and served as Minister for Public Health Engineering, Housing & Urban Development; Environment; and Local Government & Community Development Departments during 2008-13. His another brother Sirdar Hissam-ud-din Khosa remained Member Punjab Assembly during 2012-13. His nephew, Sirdar Mohyuddin Khosa is a sitting MPA from PP-291 and functioned as Parliamentary Secretary for Finance during 2018-2022.