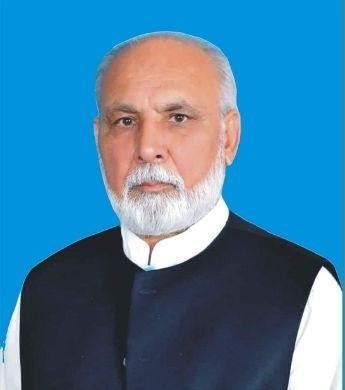 Mr Muhammad Ghulam Sarwar son of Ch Noor Ahmed Akhtar was born on April 1, 1951 at Sahiwal. He graduated from Pakistan Military Academy, Kakul in 1974. He is a retired Major from Pakistan Army and served as such during 1972-1996. An agriculturist, who has been elected as Member, Provincial Assembly of the Punjab in bye-elections held on July 17, 2022 against the seat vacated by Malik Nauman Ahmad Langrial, who was de-notified on 23 May, 2022 by the Election Commission of Pakistan in terms of Article 63A(1)(b)(i) of the Constitution of Islamic Republic of Pakistan, 1973. Mr Muhammad Ghulam Sarwar made an oath as a Member Punjab Assembly on 21 July 2022.