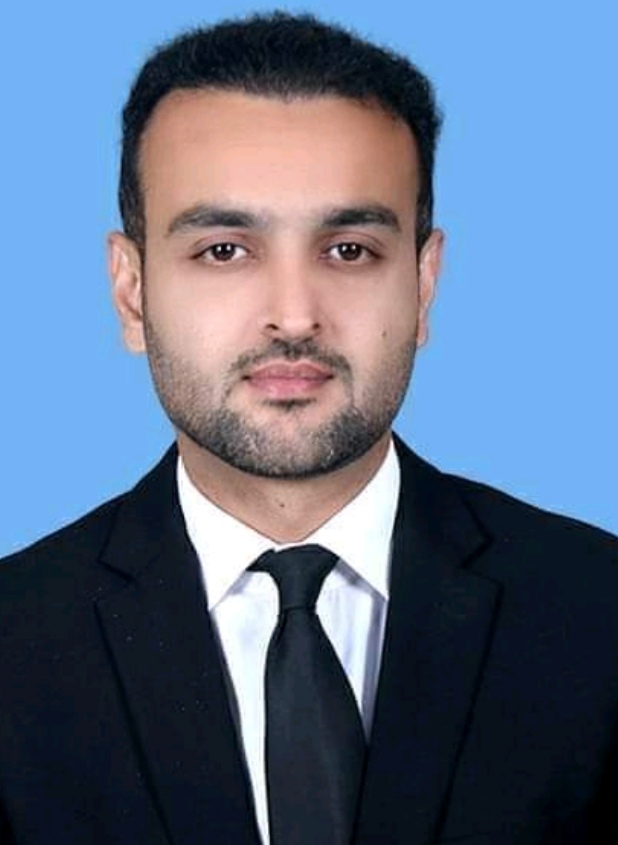 Barrister Muhammad Moazzam Sher Kallu son of Malik Muhammad Waris Kallu was born on November 28, 1987 in Lahore. In 2007, he completed LL.B. (Hons) from University of London, UK; and in 2008 he was honoured to complete Bar-at-Law from Lincoln’s Inn London, UK. He is a practicing lawyer/a Barrister, who has been elected as Member, Provincial Assembly of the Punjab in bye-election held on May 5, 2021 against the seat fell vacant due to the death of his father, who served as Member, Provincial Assembly of the Punjab during 2002-21 for four consecutive terms. His father also functioned as Parliamentary Secretary for Colonies during 2003-07; as Chairman, Committee on Privileges during 2008-13; and as Chairman, Standing Committee on Law during 2016-18.