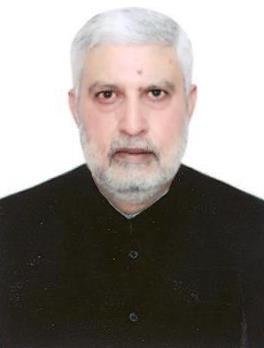 Malik Nadeem Kamran son of Malik Atta Muhammad was born on August 3, 1953 at Sahiwal. He graduated in 1974 from Bahauddin Zakariya University, Multan. During studies, he actively participated in politics and acted as President, Student's Union, Government College, Sahiwal during 1973-74; he has also served as Councillor, Municipal Committee, Sahiwal and as Deputy Opposition Leader, MC Sahiwal during 1991 and as General Secretary, Anjuman Tajran (Central), Sahiwal for twenty years during 1975-95. He also remained office holder of a number of organizations and institutions; including General Secretary, Sahiwal Club during 1988-93; President, Sports Hockey Club Sahiwal for ten years; President, District Cricket Association for seven years. A businessman, who served as Member, Provincial Assembly of the Punjab during 1997-99 and also functioned as Chairman, Standing Committee on Home Affairs during this period. He was elected as an MPA for the second term in 2008 and functioned as Minister for Food, Tourism, Zakat & Ushr. He was elected as Member, Punjab Assembly for the third term in general elections 2013 and functioned as Minister for Zakat & Ushr. He has been elected as Member, Punjab Assembly for the fourth term in general elections 2018. He has extensively travelled abroad.