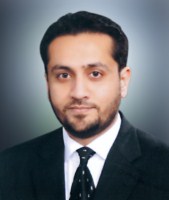 Khawaja Imran Nazir son of Khawaja Nazir Ahmed was born on November 18, 1974 in Lahore. He graduated in 2005 from University of the Punjab, Lahore. A businessman, who served as General Councillor, during 2001-05 and as Member, Provincial Assembly of the Punjab during 2008-13 and 2013-18. He was elected as Member, Punjab Assembly for the third consecutive term in general elections 2018. He has functioned as Minister for Primary & Secondary Healthcare from 2013 to 2018. He also served as Parliamentary Secretary for Health and as Advisor to the Chief Minister. He has visited USA, UK, China, Bangkok, Thailand, UAE and Saudi Arabia.