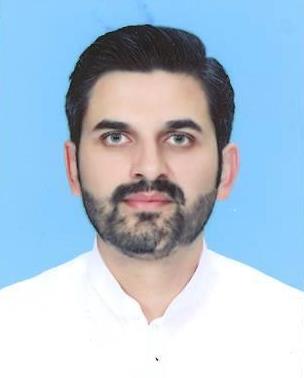 Malik Sohaib Ahmed Bherth son of Dr Malik Ijaz Ahmed Bherth was born in Lahore. He obtained the degrees of LL.B. (Hons.) in 2006 and LL.M (International Law) from London Metropolitan University, UK. A practicing lawyer, who has been elected as Member, Provincial Assembly of the Punjab in General Elections 2018. He has visited UK, Dubai, Thailand, Turkey, Malaysia and Saudi Arabia. His father was Member of Punjab Assembly for two terms during 1988-90 and 1993-96; and his brother, Dr. Malik Mukhtar Ahmed Bherth served as Member, Punjab Assembly for three consecutive terms during 2002-07, 2008-13 and 2013-18; and functioned as Parliamentary Secretary during 2006-07; as Political Assistant to Chief Minister Punjab; as Minister for Population welfare during 2017-18; and as Chairman, Public Accounts Committee-II during 2013-18 and is a sitting Member of National Assembly of Pakistan.