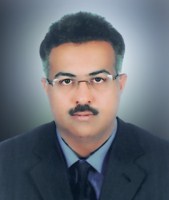 Mr. Tanveer Aslam Malik son of Malik Muhammad Aslam was born on June 10, 1972 in Lahore. He obtained the degree of B.Com. in 1992 from University of Karachi and that of M.B.A. (Marketing) in 1995 from South Eastern University, Washington DC, USA. A businessman, who served as Member, Provincial Assembly of the Punjab during 2002-07, 2008-13 and 2013-18 and functioned as Parliamentary Secretary for Services & General Administration Department during 2003-05 and as Minister for Housing, Urban Development & Public Health Engineering with an additional charge of Communication & Works during 2013-18. He has returned to Punjab Assembly for the fourth consecutive term in general elections 2018. He has visited USA, UK, Malaysia, UAE, Thailand and Saudi Arabia.